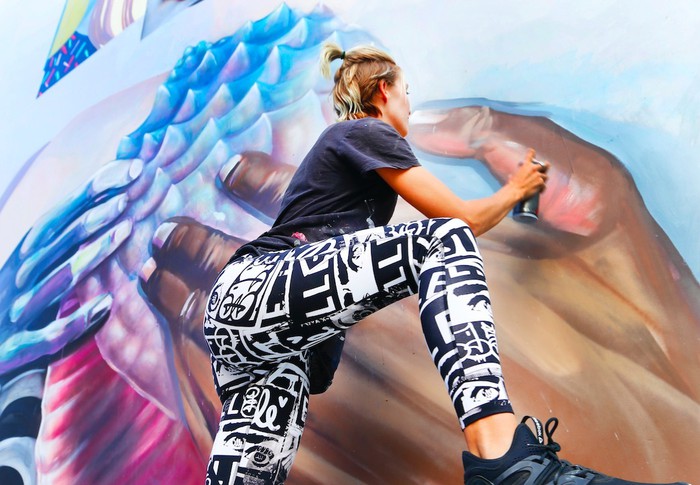 Art can live in so many places beyond just canvases and museum walls.

Brooklyn street and graffiti artist ELLE, has recently been able to showcase her work in a new way.

She’s collaborated with Reebok to create a collection where her unique artwork is printed on different pieces of workout gear.

“I started off doing street art and graffiti in New York,” she says.

“These prints that you see on the legging are actually posters I used to put up all over New York.“

Her inspiration for the epic design?

It’s one you wouldn’t necessarily expect, which makes it all the more intriguing. 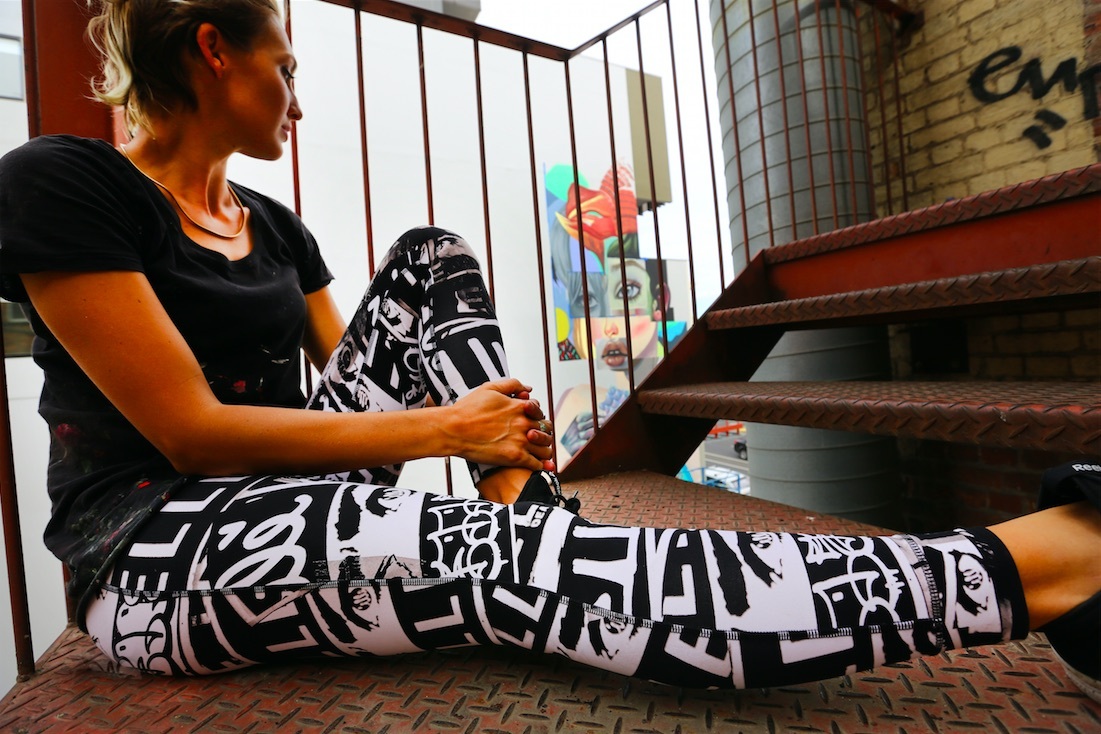 “The concept behind this design was sort of based on the dazzle camouflage that they used to use on ships and also using the collage style that I typically use in my paintings,” she says.

From posters on the streets of one of the biggest and most crowded cities in the world, to a pair of leggings or a bra that can be worn by anyone crossing the street, ELLE’s beautiful artwork has taken the term "street style" to another level.

“Seeing as I started my career with graffiti--I would do everything I could to get my name up on things,” she says.

“So seeing my art and my name walking around is pretty sweet. It's as if the graffiti has been activated! I'm stoked that people want to rep it.”

For her, it means a lot that people are rocking her name on their clothing and they feel a connection to what she’s created.

“I actually saw someone walking down the street in my leggings while I was in Australia,’ she said.

“My sister noticed first and elbowed me in the ribs. I was like, " Oh snap! That's my painting on her legs! It was pretty rad.”

As for her own personal style, in true artist form, ELLE likes to stick to the more eccentric side of fashion.

“I think people should wear clothing however they see fit,” she says.

“The weirder the better.”

Along with her style, ELLE’s art is also her form of self-expression. So when Reebok approached wanting to use a design that already meant so much to her, it was a perfect match. It allowed her to stay true to herself and her art while exploring a cool artistic medium.

“My favorite part about my collaboration with Reebok was the creation process,” she says.

"I was really honored when Reebok said, ‘We love your work, we’d love for you to collaborate with us. (They showed me the) inspirational images and they were images that he had found on my website that they liked.”

ELLE sees the print as a style everyone can wear. For her it’s so much more than just one person, it’s about getting people to fall in love with art without even realizing it.

“The idea behind street art is that it's non-exclusive, I'm bringing art to everybody even if they don't know about art or seek it out, “ she says.

“Any clothing that I have a hand in should be felt in the same way.”